Back To School! More inspiration 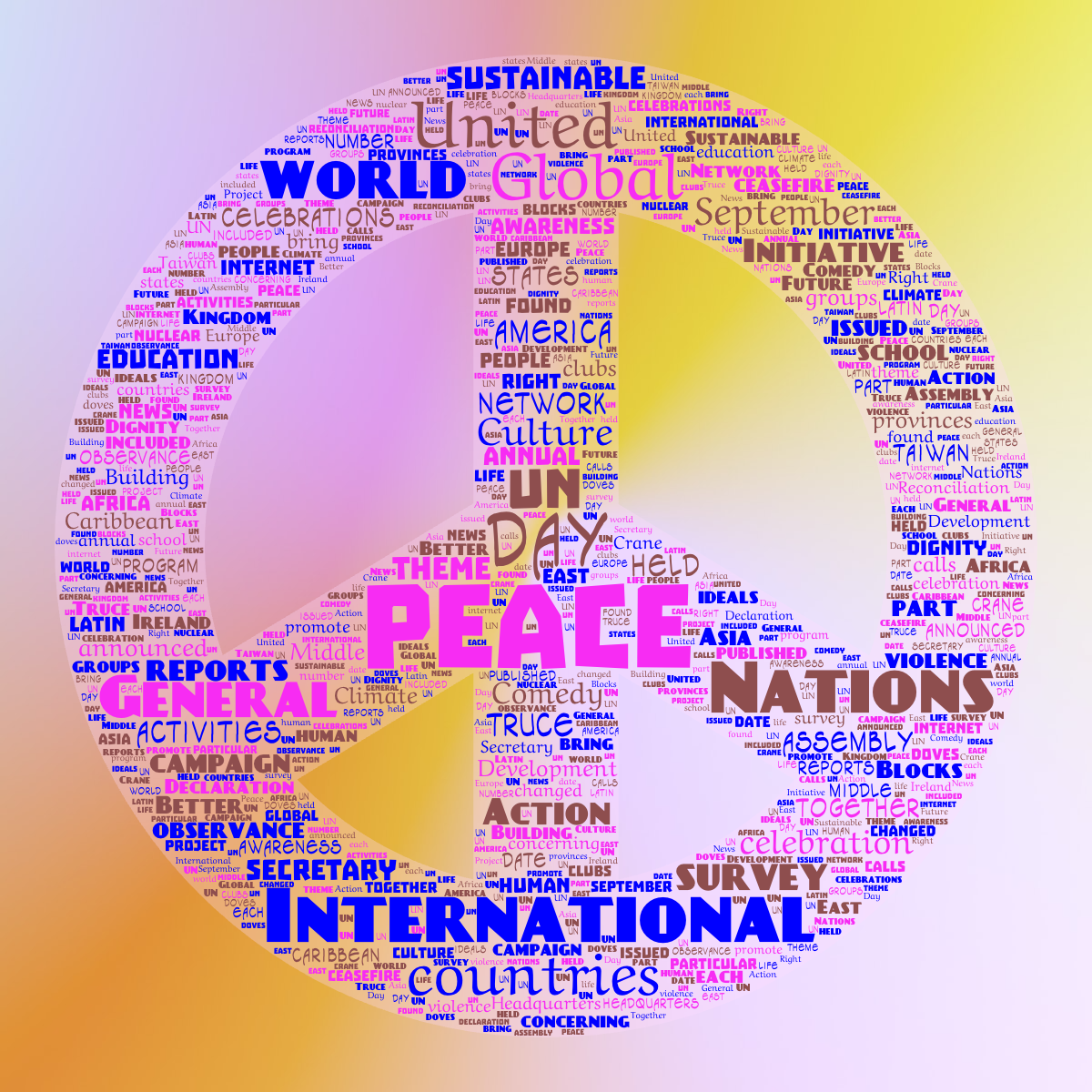 In the 1950s the "peace sign", as it is known today (also known as "peace and love"), was designed by Gerald Holtom as the logo for the British Campaign for Nuclear Disarmament, a group at the forefront of the peace movement in the UK, and adopted by anti-war and counterculture activists in the US and elsewhere. The symbol is a super-imposition of the semaphore signals for the letters "N" and "D", taken to stand for "nuclear disarmament".

The 87 words we used in this word cloud:

See what it looks like!
Previous: International Day of Peace Next: Back To School!