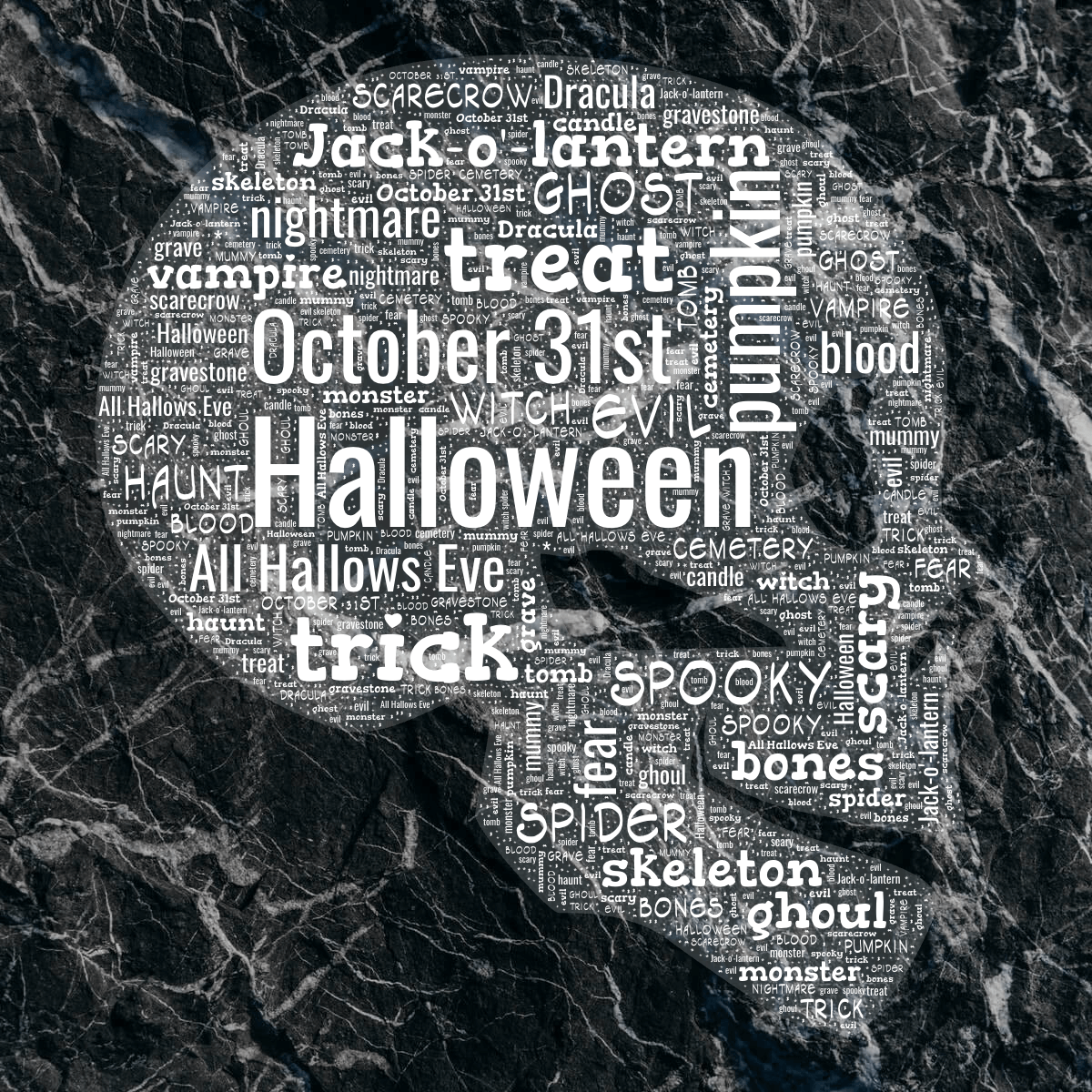 We celebrate Halloween on October 31st! This holiday originated in Europe and can be traced back to the Ancient Celtic festival of Samhain.

The spirits of the dead found it easier to return back to the world of the living and haunt them on this day. To scare them away, people would wear spooky costumes — as if dressing up as a vampire 🧛 could scare the ghost of an angry grandma.

Alternatiely, to appease the spirits, sweets and food would be offered. Now, that's more like it!

In the 1880s, Irish and Scottish immigrants brought the practice to the United States, and by 1920s it was already very popular.

Nowadays, in many parts of the world children dress up and go treat-or-tricking to have fun! Of course, candy 🍬 is a very important part of the celebration. We wouldn't have it any other way!

The 31 words we used in this word cloud:

See what it looks like!
Previous: 🎃 Why do we carve pumpkins on Halloween? Next: 🦇 Halloween